2015 will come easy for engineering students as the All central government-funded engineering schools, including the Indian Institutes of Technology (IITs), will choose students through a common entrance examination in 2015. JEE Mains and JEE advance which are two separate exams will be merged from next year HR ministry has decided. IITs across India have already been informed about it. 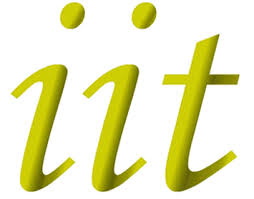 According to government ruling, all engineering colleges will have to conduct common counseling for students in 2014. Candidate who wants to get into IITs needs to crack JEE advance whereas all the government funded technical schools, including the National Institutes of Technology (NITs) and the Indian Institutes of Information Technology (IIITs) use JEE Main scores for admission.

The top 150,000 students of the main examination are eligible to sit for the JEE-Advanced test for a seat in the 16 IITs and Indian School of Mines (ISM), Dhanbad.The two tier JEE system was launched in 2012 in order to reduce the influence of coaching centers on aspirants for the top technical colleges and making the admission process simpler for students.

At least 1.4 million students appeared for the JEE-Main exam last year and the top 150,000 sat for the JEE-Advanced test. where IITs and ISM admit more than 9,600 students a year at the undergraduate level other top engineering colleges give admission to more than 25,000 students.

It was noticed that in the year 2012 about 600 seats at the IITs and the NITs fell vacant because of separate counseling since they receive offers from IITs and NITs at the same time.

According to Vishwaas Kumar a JEE-aspirant from Hyderabad says “The joint exam decision is a great step towards the betterment of aspirants. The effort should be to make life easier for students”.

The IITs said the plan for a joint counseling may not capitulate the preferred results.A senior IIT official commented “Once the new government comes, they may take a different view than what the present government thinks,” the official said, requesting anonymity.”