1080p (FHD)Full HDTV, also referred to as ultra-HD, true HDTV, and 1080p, is a television (TV) display technology that surpasses the video quality and sharpness of the original high-definition television (HDTV) technology, providing an image resolution of 1920 by 1080 pixels. Progressive scanning is considered superior to interlaced scanning for full-motion video displays, because there is less jitter, particularly for the portrayal of objects that move diagonally or vertically across the screen. The improvement is especially noticeable for fast-moving images, typical of television and DVD programs. Another advantage of progressive scanning is the fact that it is required for satisfactory video on TV sets that use micro displays, plasma displays, or liquid-crystal display (LCD) flat panels, all of which are becoming increasingly popular. The improved image quality afforded by full HDTV is well suited to the extra-large-screen displays used in home theater systems.

Blu-ray Discs are able to hold 1080p HD content, and most movies released on Blu-ray Disc produce a full 1080p HD picture when the player is connected to a 1080p HDTV via an HDMI cable. The Blu-ray Disc video specification allows encoding of 1080p23.976, 1080p24, 1080i50, and 1080i59.94. Generally this type of video runs at up to 40 megabits per second, compared to the 3.5 megabits per second for conventional standard definition broadcasts.

Smartphones with 1080p FullHD display are available on the market since 2013. There are different brands that offers this resolution on their flagship phones’ screens. Handset makers claim that FullHD displays, with their higher pixel density, will deliver sharper and clearer images on screen. However, the difference in visual acuity between a 720p and a 1080p screen is difficult to discern.

Several websites, including YouTube, allow videos to be uploaded in the 1080p format. Digital distribution services also deliver 1080p content, such as movies available on Blu-ray Disc and/or from broadcast sources. This can include distribution services like peer-to-peer websites and public or private tracking networks.

Netflix will be offering SuperHD content in the US and other countries through select internet providers started in 2013.

As of 2012, most consumer televisions being sold provide 1080p inputs mainly via HDMI and support full high-def resolutions. 1080p resolution is available in all types of television, including plasma, LCD, DLP front and rear projection and LCD projection.

For displaying film-based 1080i60 signals, a scheme called 3:2 pulldown reversal (reverse telecine) is beginning to appear in some newer 1080p displays, which can produce a true 1080p quality image from film-based 1080i60 programs. Similarly, 25fps content broadcast at 1080i50 may be deinterlaced to 1080p content with no loss of quality or resolution.

The AV equipment manufacturing industry has adopted the term Full HD as the consumer-friendly marketing term to mean the set is a safe purchase because it can display all available HD resolutions up to 1080p. The term is misleading, however, because it does not guarantee the set is capable of rendering digital video at all frame rates encoded in source files with 1080 pixel vertical resolution. Most notably, a “Full HD” set is not guaranteed to support the 1080p24 format, leading to consumer confusion.

Video game consoles such as Sony’s PlayStation 3, Microsoft’s Xbox 360 and Nintendo’s Wii U, as well as microconsoles like OUYA, GameStick and Nvidia Shield can display upscaled games and video content in 1080p, although the vast majority of games are rendered at lower resolutions. For all of the consoles, this is done through HDMI connections (in the case of the Xbox 360, HDMI is only available on consoles manufactured after June 2007). Additionally, the upscaled 1080p video is available on the PlayStation 3 and Xbox 360 via an analog component/D-Terminal (YPBPR) connection,†‡ as well as the VGA connection on the Xbox 360. On the PlayStation 3, developers must provide specific resolution support at the software level as there is no hardware upscaling support, whereas on the Xbox 360 games can be upscaled using a built in hardware scaler chip. However, most games on both consoles do not run at a native 1080p resolution.

The Wii U, PlayStation 3, and Xbox 360 provide 1080p video services. Sony provides both the PlayStation Store VOD service and Blu-ray Disc playback.[17][18] Microsoft provides the Zune Video Marketplace for “instant on” 1080p† video content but does not have Blu-ray disc playback capability. It does however support the now-defunct HD DVD disc standard via the Xbox 360 HD DVD Player add-on. Both consoles also offer support for streaming 1080p† content in various formats over home network from other computers, and also via USB connection to external storage devices. 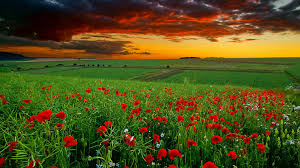