Smartphones will turn smarter every year. But in the burgeoning market, there are a number of me-too products and there is little to differentiate between products.  While top smartphone makers like Samsung, Nokia, LG, HTC and Apple were missing in action at the recently concluded Consumer Electronics Show, a number of Asian firms unveiled their upcoming models.
Here is a look at 8 smartphones that will hit the shelves in coming months…

1.Alcatel Idol X+
The new Alcatel Idol X+ sports a 5-inch full-HD display and is powered by a MediaTek octa-core processor clocked at 2GHz, with 2GB of RAM. It comes with a 13MP rear camera, 16GB internal storage and 2,500mAh battery.  Alcatel also offers a Bluetooth wristband with the phone to get alerts and for fitness apps.

2.Sony Xperia Z1S
Essentially the modified version of the Sony Xperia Z1, the Xperia Z1S is tailored for US telecom carrier T-Mobile. It comes with a plastic frame instead of the aluminium one and the 3.5mm headset jack on the phone isn’t protected by a flap though it still is a water resistant device. The Z1S comes with 32GB internal storage, compared to 16GB in the Xperia Z1. Other specifications are identical to that of its bigger sibling.
3.ZTE Nubia Z5S
Chinese device maker ZTE’s latest offering sports a 5-inch Full HD display and is powered by a 2.3GHz Snapdragon 800 chip with 2GB of RAM. It comes with a 13MP rear camera, 5MP front camera, 16GB and 32GB internal storage options and 2,300mAh battery. The USP of the phone is support for 4K video. 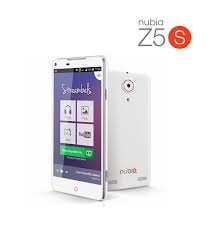 4.Huawei Ascend Mate 2
The Ascend Mate 2 comes with a 6.1-inch 720p screen and a jumbo 4,050mAh battery that helps offer backup of 3.5 days; it can even charge other devices. It is powered by a 1.6GHz quad-core Snapdragon chipset with 2GB RAM and runs Android 4.3 Jelly Bean with Huawei’s Emotion UI 2.0. 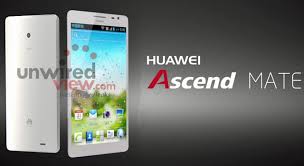 5.Acer Liquid Z5
The Acer Liquid Z5 is a budget smartphone that packs a 5-inch (854 x 480p) display and is powered by a 1.3GHz dual-core Mediatek processor and 512MB of RAM. It comes with 4GB of internal storage expandable via microSD card, 5MP rear camera and VGA front camera. It has a 2,000mAh non-removable battery and sports the hardware key at the back just below the camera lens (similar to LG G2) to activate the shutter. 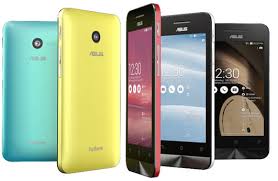