Apple has re-launched iPad 4, replacing the ageing iPad 2 in its lineup. It will be available only with 16GB storage option.

While the iPad 4 is listed on Apple’s India website, the pricing has not been revealed yet. In the US market, the Wi-Fi-only version of iPad 4 has been priced at $399, whereas the model with 4G will cost $529.

Approximately a month ago, KGI Securities analyst Ming-Chi Kuo predicted that Apple will phase out iPad 2 in March 2011 and replace it with the fourth-generation iPad.

Even before this re-launch, iPad 4 was available in the Indian market via several e-commerce and retail majors. The market price of the Wi-Fi model of iPad 4 is around Rs 28,000, whereas the 4G-capable model retails at Rs 35,000 in India. It is expected that Apple will price the two variants around the same price points in the country.

iPad 2 was the most underpowered device in Apple’s portfolio, offering three-year-old hardware at a starting price of 28,900. Many users on web forums reported performance issues with the device when they updated it to iOS 7, the latest version of Apple’s mobile operating system. 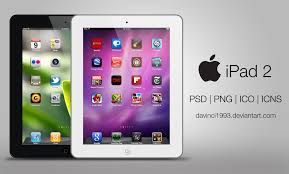 Compared to iPad 2, the fourth-generation iPad has a higher-resolution display, faster processor and better camera.