The first generation of wireless technology available, 1G, refers to the analog signal used by cellular towers in the 1980s. 2G technology in the 1990s upgraded the analog signal to digital and let people send text messages across the network. 3G technology, in the early 2000s, made use of electromagnetic wavelengths to broadcast a wireless broadband signal, which let users access the Internet and download applications using handheld mobile devices.

Network connections on 4G may also be more accurate during travel when user and tower locations are at a constant rate of change. For example, when a user is traveling in a car and data signals transfer between towers, which 4G handles more effectively than previous technologies. This faster, more accurate connection can enable the transmission of larger packets of data than 3G networks. Users can access increasingly information-heavy applications, such as High Definition (HD) television signals and real time video chat. 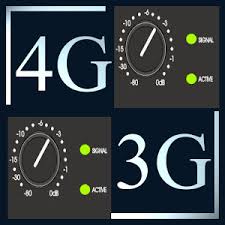 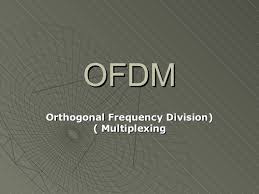 The main reason 4G is faster than 3G is because of Orthogonal Frequency-Division Multiplexing (OFDM). It sounds complicated, but it’s the same technology used in Wi-Fi, ADSL broadband, digital TV and radio.

OFDM is a technique for squeezing more data onto the same amount of radio frequency. It also reduces latency and interference. Data is split up and sent via small chunks of frequency in parallel, therefore increasing the capacity of the network.

Multiple-input and multiple-output, or MIMO, is another reason 4G is able to provide faster speeds. It is simply the use of multiple antenna arrays at both the transmitter and receiver to improve communication performance.

This allows more data to be transferred without requiring additional bandwidth or drawing more power. The most common configuration currently is a 2×2 MIMO, found in many smartphones and some tablets. A 4×4 setup is also possible and promises even faster speeds but is still a little way off making its way onto devices. Since different setups are possible, one phone could provide faster 4G speeds than another. 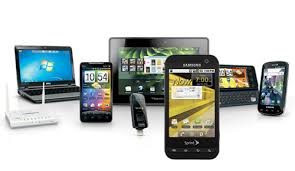 4G wireless service may utilize modems, mobile phones, and other devices like laptop computers. Mobile hotspots offer wireless connections for multiple devices, including computers, tablets, and handheld gaming systems; with 4G technology, users may be able to simultaneously download and use large applications on each device. A 4G “netbook” or tablet device could operate similarly to a laptop, but with smaller memory and fewer drives, offering instant Internet access and real-time web communications.