The Delhi government is not likely to make changes to the rules for nursery admissions in the next academic session, allowing each private school to finalize guidelines on its own, officials in the state education department said on Monday. 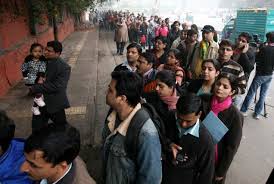 The admission schedule for over 1,700 recognized private unaided schools, which offer approximately 1.25 lakh seats in nursery every year, is expected to be issued by early December

Government officials said the decision not to intervene would avoid potential legal challenges, which have usually followed alterations to guidelines and prolonged the admission process in previous years.

“This time, we want to bring the admission schedule for all private unaided schools at one go. There will be no different guidelines or schedules issued for schools on government land. Schools will decide their own criteria,” .

According to the notification, applicants living within one kilometer of the school would be given preference. If there were seats left, admissions would be given to applicants living between one and three kilometers of the school, and if the seats were still not filled, to students living between three and six kilometers of the school. The guidelines also abolished the management quota in these schools. The notification was immediately challenged by the association for private schools on the grounds that it violated their autonomy. The Delhi high court ordered a stay, but the confusion lingered for weeks. The application process, which was to finish in January, was finally completed in mid-February.

The case is still in court and the next date of hearing has been set for January 16, 2018.

The high court also told the government to make any changes in the guidelines for the next session at least three months before admissions were schedule to begin. That deadline has passed.

When told that the government was not likely to intervene this year, SK Bhattacharya, president of the Action Committee for Unaided Recognised Private School, said his body would welcome the move. “The government needs to keep a balance between autonomy of private schools and transparency. If this is happening, it will ensure parents don’t face any confusion due to last minute changes.”

As things stand, residential proximity to the school carries the highest weight for new admissions to most institutions. The radius, however, varies from school to school. Other criteria include preference for girls, for candidates who have siblings in the same school, for children of alumni, and for students with a single parent. A total of 100 points are divided between these criteria in different proportions.

A Delhi government official said that the education department would meet over the next two days to finalize the admission schedule. Even if no changes are made to guidelines, the official stressed, all schools will have to abide by an earlier government order that abolished 51 admission criteria considered “discriminatory”. These included oral tests, interviews, achievements of parents, nonsmoking parents, and vegetarian parents.