The Dell Venue 7 and Venue 8 are Dell’s first Android tablets notwithstanding its Streak phablet range. Interestingly, Dell is finally showing the will to take the war to rivals and has priced the devices competitively. The Dell Venue 7 has been aggressively priced at Rs 10,999, while Dell Venue 8 will sell for Rs 17,499. This makes the Dell Venue 7 an interesting option as it is one of the few Android budget tablet from a global device maker. 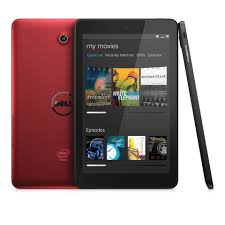 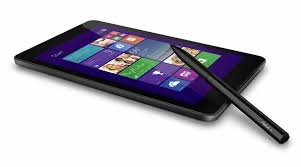 The Venue 7 doesn’t really stand out if you place it among other 7-inchers, but it sure exudes a feeling of durability. At 234 gram, the tablet does not feel too heavy and is easy to lug around. The front features a 7-inch IPS display with a resolution of 1280x800pixels surrounded by a black bezel.Experts  felt that the bezel was really broad above and below the display, while the bezel at the sides was just optimum.

Experts weren’t able to test the screen under sunlight but it looked good indoors, though brightness levels could have been better (at full brightness). Of course, it’s not full-HD at this price one and hence one can not really compare it with the likes of the Nexus 7 (2013 version) in terms of image quality.

There are no capacitive navigation keys at the front. The VGA front camera sits just above the display.

The volume rocker key is located at the left edge of the tablet along with the micro-USB port, while the Power/ Screen lock key and 3.5mm headset port are placed at the top edge. The right edge houses the microSD card slot protected by a plastic flap and the speaker grill is located at the bottom.

The soft touch black coloured back sports a matte finish with a silver Dell logo and the 3MP camera. The tablet feels nice to hold and the matte finish helps in keeping the tablet free of smudges.

The Venue 7 tablet runs an almost stock version of Android 4.2 Jelly Bean complete with on-screen controls. We wish Dell could have included a more recent version of the OS.

One of the major productivity features the tablet comes with is PocketCloud, which allows users to remotely access their computer remotely, after installing a client on their device and share files in the cloud.

The Venue 7 is powered by a dual-core 1.6-GHz Intel Atom Z2560 processor and 2GB RAM with Intel HD Graphics. We did not encounter any lag while playing videos, navigating through the menus and playing Temple Run 2 on the tablet. We look forward to testing the gaming performance of the tablet when we get a review unit.

The Venue 7’s front and rear cameras are functional at best and the pictures that we shot indoors turned out to be grainy. The rear camera is a fixed focus one.

The tablet comes with a 4100mAh battery and features WiFi and Bluetooth 4.0 connectivity options. Dell is expected to announce the 3G version of the tablet in February. It’s also worth pointing out that the tablet does not feature voice calling.

The Dell Venue 7 will compete with the likes of the Nexus 7(2012) and the Asus MeMo Pad, as well as tablets from Indian brands, though it will probably have an edge over the latter in terms of after sales support.