For technological innovation, 2013 was a remarkably boring year. Apple, often the hotbed of “new,” mostly just updated familiar devices in different colors and with crisper screens. Social media companies fought over who had better photo filters. And Silicon Valley start-ups offered more of less, with slight iterations on existing products.

Predicting the future is a lot more difficult than evaluating the past, but you could wake up on Jan. 1, 2015, in a different digital winter wonderland.

No, you won’t lie in bed while your humanoid robot helper makes you bacon and eggs and walks the dog — which is also possibly a robot, made by Google. That’s more of a 2035 prediction. But you might wake up to the call of a watch on your wrist — not your cellphone on your night table. This year we’ve seen some efforts at smartwatches, like those made by Pebble; next year, these gadgets could look a lot better. 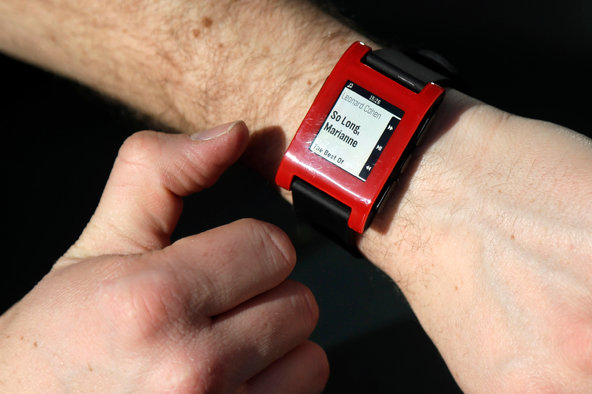 “Smartwatches, which connect to your smartphone, are going to create an entirely new category of computing in the coming year,” said Sarah Rotman Epps, a former Forrester analyst who specializes in wearable computing. She noted that the long-awaited Apple smartwatch, which is expected to be announced in 2014, could change the way we engage with our wrist in the same way Apple changed the cellphone industry in 2007.

Smartwatches will allow us to peer at messages without having to pull cellphones out of our pockets or purses. They will make it easier to monitor our health with heartbeat and movement sensors, recording daily how much we have exercised, or how much we haven’t