Wonder what are the most-sought after IT skills for 2014? ComputerWorld’s annual IT skills survey provides a glimpse into the skill-sets that IT managers will be looking for in 2014. From ‘networking’ to ‘application development’, ‘project management’ to ‘mobile applications and device management’, here’s the list of the hottest IT skills that will work in your favour in 2014.

1.Programming/application development
Topping the ComputerWorld’s hottest skills for 2014 list is ‘programming/application development’. The skill ranked at top position in last year’s Hot skills survey too. According to the survey, 49% of respondents said that they plan to hire for this skill in the coming 12 months. As per the survey, developer and programmer job openings are the most difficult to fill. The hottest specialties within this category are mobile development expertise and experience building secure applications. 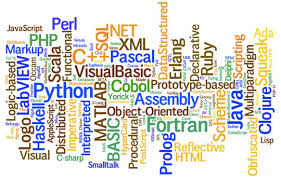 2.Help desk/technical support
Ranked at no. 2, help desk/tech support has moved up one position from its last year’s ranking. According to the survey, 37% of respondents said that they plan to hire for this skill in the coming 12 months. The fact that many companies are bringing help-desk functions back in-house is contributing to the rise in demand for this skill, says the report

3.Networking
Another sought-after IT skill in 2014 will be ‘networking’, ranked at no. 3 in the survey. As per the study, 31% of respondents said that they plan to hire for this skill in the coming 12 months. ‘Networking’ ranked at no. 8 in last year’s ranking. The spurt in demand for wireless connectivity is probably behind the interest in networking professionals, claims the survey quoting Scot Melland, CEO of Dice Holdings 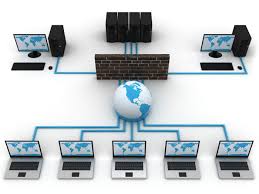 7.Security compliance/governance
Security Compliance/Governance ranks next on the list. Some 21% of respondents surveyed said that they plan to hire for this skill. The growth of ecommerce and increasing cases of malware and cyberattacks globally has led to a sharp rise in the demand for security professionals. The demand for ‘Security Compliance/Governance’ professionals is up 23% according to the survey.

Business intelligence/analytics ranks at no. 8 on the list. Some 18% of the respondents said that they plan to hire for this skill in the next 12 months, as per the survey. One of the fastest-growing skills, the demand for business intelligence/analytics professionals has seen a 100% jump, says the report quoting Dice’s Melland. BI professionals are also often reported to command high salaries.

Note: The results are based on the responses of IT executives who responded to Computer World’s survey.
← Previous Post
Next Post →