HTC One (M8) sports a 5-inch IPS LCD full-HD display (1080 x 1920p, 441ppi) with Corning Gorilla Glass 3 protection. Compared to the original One, HTC One (M8) is slightly larger and features curved edges but the basic design has not changed much.

The phone has an all-metal premium look. HTC claims it boasts of stronger construction and advanced antenna design for better network reception.

HTC One (M8) is powered by a 2.3GHz Qualcomm Snapdragon 801 processor and 2GB RAM. The phone will be available in 16GB and 32GB internal storage variants with a microSD card slot that supports cards of up to 128GB capacity. HTC will also offer 65GB of cloud storage space on Google Drive. 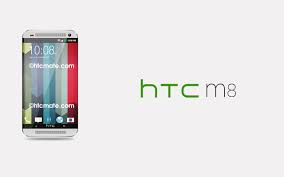 The smartphone runs Android 4.4.2 KitKat, the latest iteration of the mobile OS with HTC’s Sense 6.0 UI on top. It includes on-screen buttons for navigation (unlike the previous One that featured hardware buttons) and a new version of BlinkFeed, a homescreen utility that brings personalized updates from the user’s preferred news sources and social networks.

It also comes with new features like double tap to lock and unlock the phone, slide to right to unlock to BlinkFeed, and slide to left to unlock to the homescreen.

One of the highlights of HTC One (M8) is the phone’s new UltraPixel Duo camera at the back. HTC claims that it captures 300% more light and the second camera lens helps in detecting and separating backgrounds and foregrounds.

The feature allows users to refocus on an object after shooting a picture, similar to Nokia’s Refocus app which is available on high-end Lumia phones. HTC One (M8) features an iPhone 5S like dual-colour LED flash to balance light.

HTC One (M8) comes with front-facing dual stereo speakers and amplifier. HTC claims the new speakers offer 25% better sound than the ones on the phone’s predecessor. The phone comes with a non-removable 2,600mAh battery which the company claims charges 40% faster. The phone also offers an extreme power saving mode with which the phone offers two weeks of standby time and 30 hours of talktime.

The phone will feature integrated fitness tracking with the pre-loaded Fitbit app that also syncs with BlinkFeed. It doesn’t feature a heart-rate sensor unlike the Samsung Galaxy S5 though. HTC will sell the TDD LTE version of the One (M8) which will offer support for Indian 4G LTE bands post a software update.

HTC One (M8) will be available in Gunmetal Gray and Glacial Silver colours at launch with an Amber Gold version shipping after a few weeks of the launch. HTC will also offer Dot View flip covers that display notifications, time and weather updates and the ability to answer calls, without the need to uncover the phone.