The Vaio Duo 13 has an innovative form factor that provides the best of tablet and laptop worlds: it’s light enough to be used a tablet and at the same time offers a laptop mode with large keys and a trackpad. The screen slides open with a flick to reveal the keyboard, it offers a stylus, 13.3 inch full HD touchscreen and impressive battery life in a device that weighs a mere 1.3kg.

Acer is the only one who thought of putting a full Windows 8 experience into a form factor that you can use in one hand. The original, with a similar size, was the W3. This year, the W4 addresses all the shortcomings of the original to become a truly usable (and affordable) Windows 8 computer that you can carry with you in a jacket pocket

Asus obviously thinks that two screens are a better approach than a single, swivelling one. But this also made the Taichi quite pricey.Both screens have a full HD resolution: the outer one offers capacitive touch so that you can use it as a tablet with the lid closed. Both screens can also remain on and mirrored, while dual screen mode enables a different display on both. 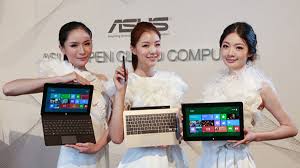 The XPS 12 was actually launched in late 2012 (updated in 2013 with 4th gen Intel processors) –however , we still chose to include it here because it kickstarted innovation in laptop design. Called the ‘ferris wheel’ design, the XPS 12 has a touchscreen that swivels inside a machined aluminium frame. It can be used as a conventional touch laptop or as a tablet (with the lid closed). 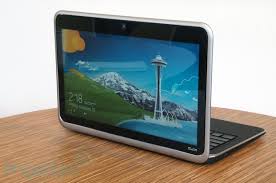 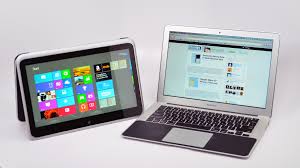 This is a machine bursting with innovation. Not only is it a ‘detachable’ with a removable screen, it is actually two machines in one. With the screen docked on the keyboard, it’s a touchscreen Windows 8 laptop. Remove the screen and you can use it like an Android tablet. Meanwhile, the dock itself can be connected to another display as used as a standalone Windows machine. 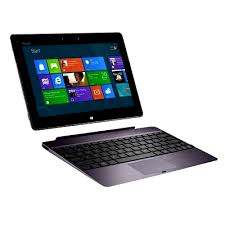 The R7 has what Acer calls an ‘Ezel’ hinge. Thanks to this unique design, it can be used as a conventional laptop, as a tablet (with the lid closed and screen facing up) or in the third ‘Ezel’ mode – with the screen pulled closer toward you. You’ll also notice that the laptop touchpad is placed close to the screen as opposed to the normal location below the keyboard. 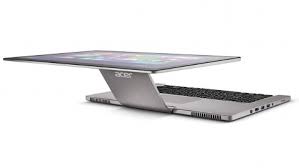