The Consumer Electronics Show is not just one of the largest trade shows in the world, it also offers a peek into the trends that are likely to dominate in the year ahead. However, one of the major highlights of the show every year is unconventional gadgets that draw everyone’s interest. So, while 4K TVs and wearable devices made headlines, the connected toothbrush and the ‘snore stopping’ superbed were not far behind.

Internet connected Toothbrush
The Kolibree toothbrush features a sensor that detects how much tartar is being removed while brushing. It also records brushing activity and sends all information wirelessly to a smartphone app that tells users if they have missed hard-to-clean areas.

Refrigerator that talks to your phone
LG showcased smart appliances that talk to mobile phones through its HomeChat service developed with Line. The appliances feature Natural Language Processing (NLP) technology to interpret simple text messages.
Tell your refrigerator you’re on vacation and it will turn on power-saving mode and reply to you.
Baby sleep monitor
Getting sleepless nights worrying about your baby’s sleep? SmartOne infant sleep monitor comes to the rescue.
Consumers can put it into an infant’s chest pocket and get information and alerts on the baby’s body temperature, orientation and breathing on their mobile phone.
Pot to charge your gadgets
The PowerPot X is not just another utensil. It lets you boil water and charge two iPhones or an iPad at the same time through its USB port. It essentially converts the heat energy generated into DC power. The pot can hold 2.3 liters of water and generate 10 watts of power. 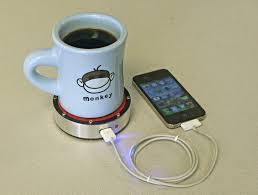 ‘Parrot’ for plants
Parrot showcased Flower Power, a device that lets users monitor the health of their plants via their iPhone or iPad, through an app. The app offers updates at 15 minute intervals, from the device related to the sunlight conditions, temperature, fertilizer and moisture level of the soil.
Superbed to check your snoring
The Superbed lives upto its name at least judging by what all it does. The bed monitors the entire body’s movements, breathing and heart rate. It also helps people who snore get rid of it by moving itself up or down in order to remove blockages. It works with a custom app to offer advice that can help people sleep better.
Intel inside your earbuds
Intel’s new smart earbuds come with a sensors that can monitor the wearer’s heart rate.
The pair draws power from the headset jack of a smart device and work in tandem with an app that lets users set a target heart rate for workouts and even select music matching the heart rate
Headband to relax you
InteraXon’s new Muse headband can be worn around one’s forehead to track brainwaves and signals that can be sent to an app installed on a device connected to them.
The app sends visual and audio messages to calm down the brain and relax you 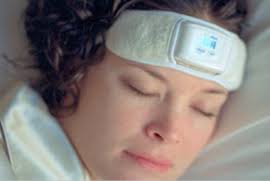 Take the perfect selfie
With Hisy, a super compact remote control that can be paired to an iPhone or iPad via Bluetooth 4.0, one can take selfies without any hassle.
Just get into the frame and fire the button on Hisy to activate the shutter. The device works with the default iOS camera app and has a range of 90 feet.