The problem is that when a camera app like the one that allows users to click pictures or Skype is used, it continues to run in the background and uses CPU cycles. This not only leads to the battery drain but the phone also heats up.
“It started yesterday. Phone was hot and the battery drained from 80c/o to 20% in one hour in my pocket. There was no particular installation or update. It seems it came from nowhere,” a user wrote in the Google support forum.

A Google executive later confirmed the bug. The executive said that it was related to the Qualcomm chip which is used for camera functions in the phone.[adsenseyu2] He promised the company will fix it with the next software update.

“We’ve had scattered reports of persistent high CPU usage of mm-qcamera-daemon since our last maintenance update, and based on those, found a number of bugs that were then fixed,” the Google executive wrote. 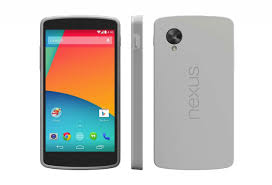 “More recently, there’s been a significant increase in the frequency of reported problems. These may be related to a recent update to Skype, which seems to access the camera regularly from its background service in some way that triggers this bug (note, we don’t currently believe there’s a bug in Skype itself). Investigating this, we’ve identified a few additional fixes that we hope resolve this issue for good. However, since the high CPU usage is an intermittent problem, we’re continuing to test our fixes to verify the problems are gone.”

The executive also suggested that for now if a nexus 5 user is facing the battery drain problem due to a camera app, the best solution is to reboot the phone.

However, the good news for the Nexus 5 users is that the battery-eating bug is triggered by only some apps, and that too not always. Though if you are Nexus 5 users and have Skype or Snapchat installed, you should keep an eye on the battery drain in your phone.

“Uninstalling Skype may substantially reduce the likelihood of this bug appearing, but I realize Skype is a very important application for many people. Other camera-using applications may trigger this bug as well, but that’s been relatively rare. Most applications also do not access the camera when not in the foreground, so they will only trigger issues when actively used,” wrote the Google executive.