The cost of violating the new nursery guidelines is an instant show-cause notice and a visit from the authorities. On January 4, theDirectorate of Education (DoE) issued show-cause notices to three schools-BGS International School, Dwarka, VSPK International School, Rohini, and Prabhu Dayal Public School, Shalimar Bagh-for posting a distribution of points not in line with the guidelines.

A statement issued by DOE on Saturday says, “The Directorate of Education … issued show-cause notices to these schools, seeking an explanation.” The deputy directors of education of the districts also visited the schools to “verify the allegations”. Sumit Vohra of admissionsnursery.com had complained. 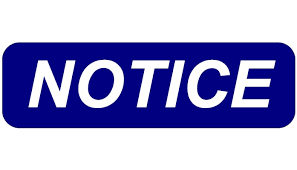 Till last year, schools were allowed to devise their own points system and parameters. This year, LG Najeeb Jung, in his December 18 order, abolished the 20% management quota and fixed both the criteria and points. Some of the show-caused schools had altered some aspects of the guidelines, especially the assigning of 70 points to neighbourhood. Schools that haven’t posted the guidelines on their sites are not accepting them either and have sought a stay from the high court.