The Delhi High Court has refused to make any changes to the Nursery Admission criteria for Delhi Schools given on 18th December 2013. Unaided private schools had submitted a plea to make adjustments to the Nursery admission criteria given in the notification by Lt Governor Najeeb Jung, primarily protesting the 70 points awarded to applicants in the neighborhood of the school. Although the matter may be taken up in the next session of Nursery admissions 2015, for Nursery admissions 2014 there will be no changes to criteria given by Lt Governor Najeeb Jung.

Justice Manmohan, issuing notice to the Delhi government, asked it to file its reply within three weeks. The matter was posted for hearing next March 11. However, he declined to suspend the new norms for nursery admissions this year. The court said the matter requires detailed hearing and it cannot be decided in such short time after the schools’ counsel asked the court to suspend the notification as the admission process for nursery is set to begin from 15th January 2014. The court, refusing any interim relief to schools, said: “This academic session you can go on with this notification, we can see for next year.” During the hearing, senior advocates Neeraj Kishan Kaul and Sandeep Sethi said that decision made by the Lt. Governor was in a hurry, without application of mind.

The plea, filed by the Action Committee of Unaided Private Schools, challenged the 18th December 2013 notification of Lt. Governor Najeeb Jung and claimed it was “absolutely illegal, arbitrary and without jurisdiction” According to the new guidelines, admissions will continue to be done on the 100-point basis. But children living within an eight-kilometer radius will be included in the criteria of “neighborhood”, carrying 70 points. The plea alleged that the guidelines violated the principle of autonomy and that recognized unaided private schools had powers given by the central government to frame their own admission criteria for 75 percent of the seats. 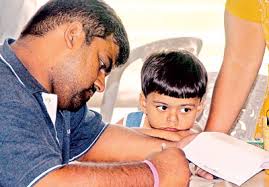 “The notification was issued in absolute contravention and in violation of the guidelines issued by the ministry of human resource department Nov 23, 2010 whereby complete and maximum autonomy was granted to private unaided registered schools to frame their own policy for admission and lay down their own criteria,” the plea said.

The schools opposed the government’s step of allotting 70 points to neighborhood children, saying it was against the Ganguly committee recommendation. “Ganguly committee had said that you cannot restrict people to one area. Giving 70 points out of 100 to neighborhood is arbitrary,” said the advocates representing schools while seeking quashing of notification. Schools also claimed that the management of the schools was never consulted by the Lt Governor, thus violating the “principle of natural justice”.

The counsels told the court that the order of the Lt. Governor seriously compromises the autonomy of the private school, which goes against the stand taken by the central government. “The central government said you must give this freedom to them (schools) as long as there is transparency and objectivity in the admission procedure,” the counsels said. They added that “any curtailment of that fundamental right can be made through a legislative enactment only”. The notification was also against a 2002 Supreme Court judgment “giving maximum autonomy”, said the counsels. The schools also said the notification should be quashed as it completely deleted the management quota seats. Till last year, schools could reserve 20 percent of their seats as management quota.

As per the new notification, grandchildren of staff members will also be entitled to a five percent quota. This was earlier extended only to children. A quarter of the seats have to be reserved for the economically weaker section and disadvantaged group. Children who have a sibling studying in the same school will get 20 points. Girls will get five points.

The admission process for nursery classes will start from 15th January 2014, and the last date for submission of applications is 31st January 2014.