Article, General News, technology
114 Comments
Printed electronics
Printed electronics is certain to rewrite our industries. The only question is when. A beginning could be made next year with printed solar cells, as several novel techniques have been shown to work in the labs this year. Soon, as costs drop, printed chips could be everywhere: on food packets, on newspapers and magazines, manufactured goods and so on. One day, this newspaper could have a video that could play when touched. Printed electronics could cut food waste, generate cheap electricity, power medical devices in our bodies, and so on.
And that could spring a surprise next year.
Graphene chip
Graphene is a single layer of carbon atoms. It was discovered only in 2004, but has since shown extraordinary properties in the lab. It is the thinnest and the strongest material that we know, and is also a very good conductor of heat and electricity. These properties make it great for computing. Computing needs a breakthrough soon: the copper wiring inside the chip cannot be shrunk for too long. An all-graphene chip would be a great development, as MIT and IBM have already shown that the idea can work, in photodetectors to begin with.Definitely in the wish list for 2014.
3D printing
3D printing had an interesting year. As technology has advanced rapidly, gun models for printing were downloaded over 100,000 times. 3D printing is set to revolutionise manufacturing, as big players around the world announce their intention to switch to the technique in a big way.
Companies doing 3D printing have good revenues and profits, and their stocks are riding high. It is even coming to life sciences, as biotech firms are working on printing body parts.
New batteries
Battery breakthroughs are essential for renewable energy to take off, and the world has waited for long. We need better batteries in electric cars, in solar farms to provide power at night, in wind farms to provide steady power… Now, there are a few candidates that could make a difference to the world of renewables. Some are ready for commercialisation, some are early prototypes, some are just proof of concepts.There is a good chance now that one of them could prove to be a winner

Wearable devices
Personal health monitoring is growing in developed markets and even in India, as people monitor their sleep, exercise impact, heart health, progress of pregnancy…The next year will make a significant advance as these devices begin to be connected to hospitals.
A wearable devices network can be considered an Internet of Things, and will be influenced by SMAC, and is thus a good illustration of how cutting-edge technologies reinforce each other.Wearable devices are not just for health monitoring. Watch out for Google Glass
Cognitive computing
Cognitive computing is a process by which computers learn as they do their tasks— and engage with humans like humans. This term was coined by IBM to distinguish it from the more popular term ‘artificial intelligence’, and to stress the fact that there is nothing artificial about cognitive computing. IBM’s Watson is the most advanced cognitive computing platform, but a few others are also being developed, mostly by startups.
Some advances that have long-term significance are likely.
Internet of Things
Internet of things, or M2M, is jargon for a network of machines. It is actually a set of sensors and motors connected to each other, one for feeding information and the other to act upon this information. Often a hyped technology, Internet of Things will begin to become real next year.
Its impact will be felt most in the manufacturing sector, as it improves productivity by bringing an exquisite sense of timing to global supply chains.
It is no wonder that Internet of Things is sometimes called Industry 4.0. 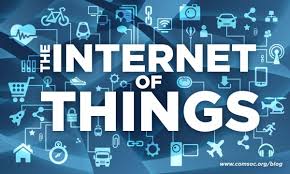 Electric car
Driven by the tesla Model S, electric cars had a good 2013 in the US. Next year, Tesla will expand to other countries, and other companies—Honda, BMW, GM, Volkswagen—are expected to launch new models. Electric cars are predicted to grow steadily till 2020, and dominate after that.In 2014, gear boxes will disappear in some cars, batteries will shrink and range on a single charge will increase. Charging time will shrink too, though still not to the
ideal. 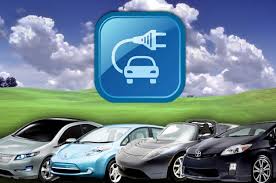 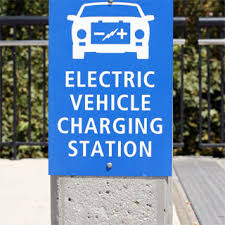 SMAC
As the most disruptive force ever in the history of the IT industry, the unique power of SMAC (social, mobile, analytics and cloud) comes from the way it combines different technologies. Individual SMAC technologies have developed well over the last few years, and the combination is now ripe for causing big shifts. Mobile phones are selling in large numbers, and mobile networks have matured.Cloud computing is more than just an idea, and analytics ties all these nicely to provide a combined package that is powerful.
← Previous Post
Next Post →